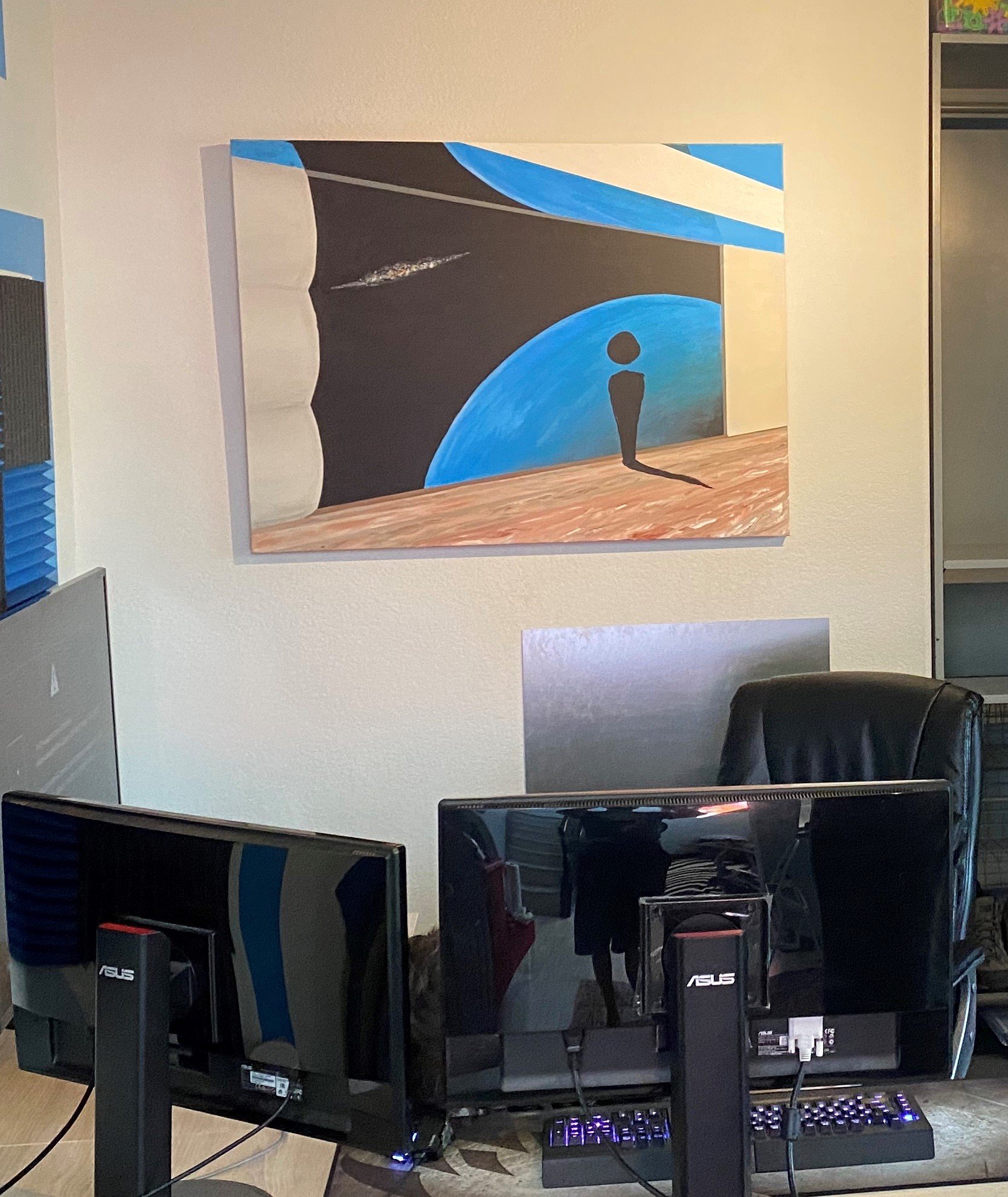 ART FOR THE NEW BATTLE STATION

Just completed a transformation of my son’s battle-station/homework room.  We removed a large, enclosed desk that revealed a wall behind his cockpit for which he commissioned me to fill with a custom painting.

Existing decoration in the room included black shelving surrounded by sky-blue wall graphics with some black and blue sound-proofing tiles.  My color scheme was set.  I laid down a base coat of blue on an appropriately-sized canvas which really matched well with the room… we then contemplated what subject to make from it that would also fit the theme and contours of the room’s design.  I suggested something interstellar since this is the desk where he will continue to pursue his degree in aerospace engineering. We agreed on a multi-horizon design with perspective from within a futuristic star-ship.  Focus would be looking out a window/portal to reveal some cosmic features.

I had played around with a planetary subject many moons ago (pun intended!) and so we envisioned a planet to maintain most of the dominant blue color, with a sharp contrast of black to tie in his room elements and to give the painting a modern look.  The first layer was intended to create the perspective of observation from inside the ship, setting the boundaries and dimension for the immediate surroundings… 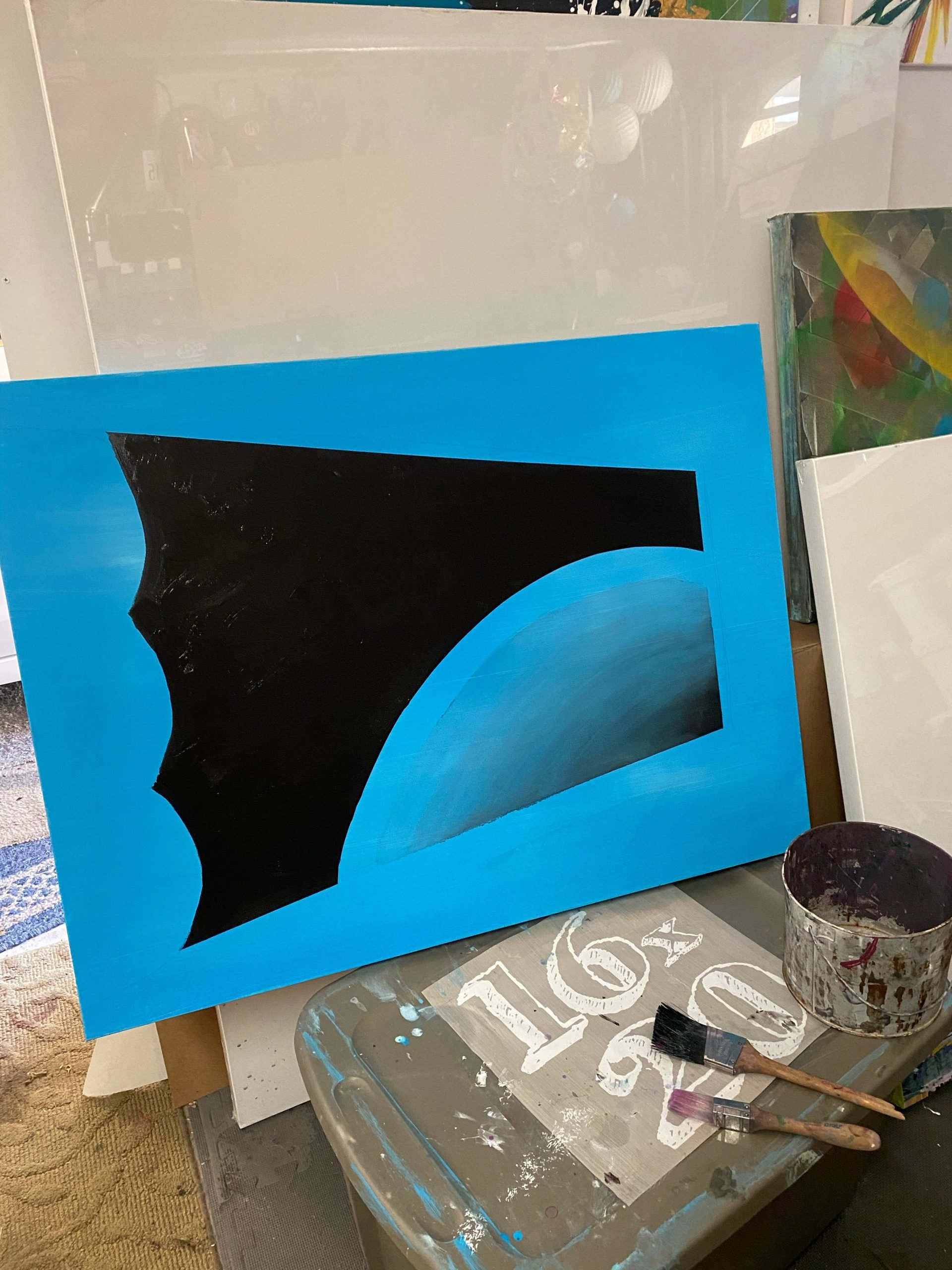 Next step was to give this some context with walls, floor, and ceiling.  One of the objectives was to keep the imagery minimal, so I didn’t want to introduce a lot of different colors.

In what is probably a first for any interstellar space craft, I was advised that it would be cool to have hard wood floors in this space ship!  Yeah, right?  So I gave it a go and you can see results in the pics below.  For the ceiling, I wanted to incorporate some sort of artificial light source and the solution was a band of bright white sliced between some reflective mirrored-surface paneling… you know, to match and balance the technical difficulty of the flooring! =) 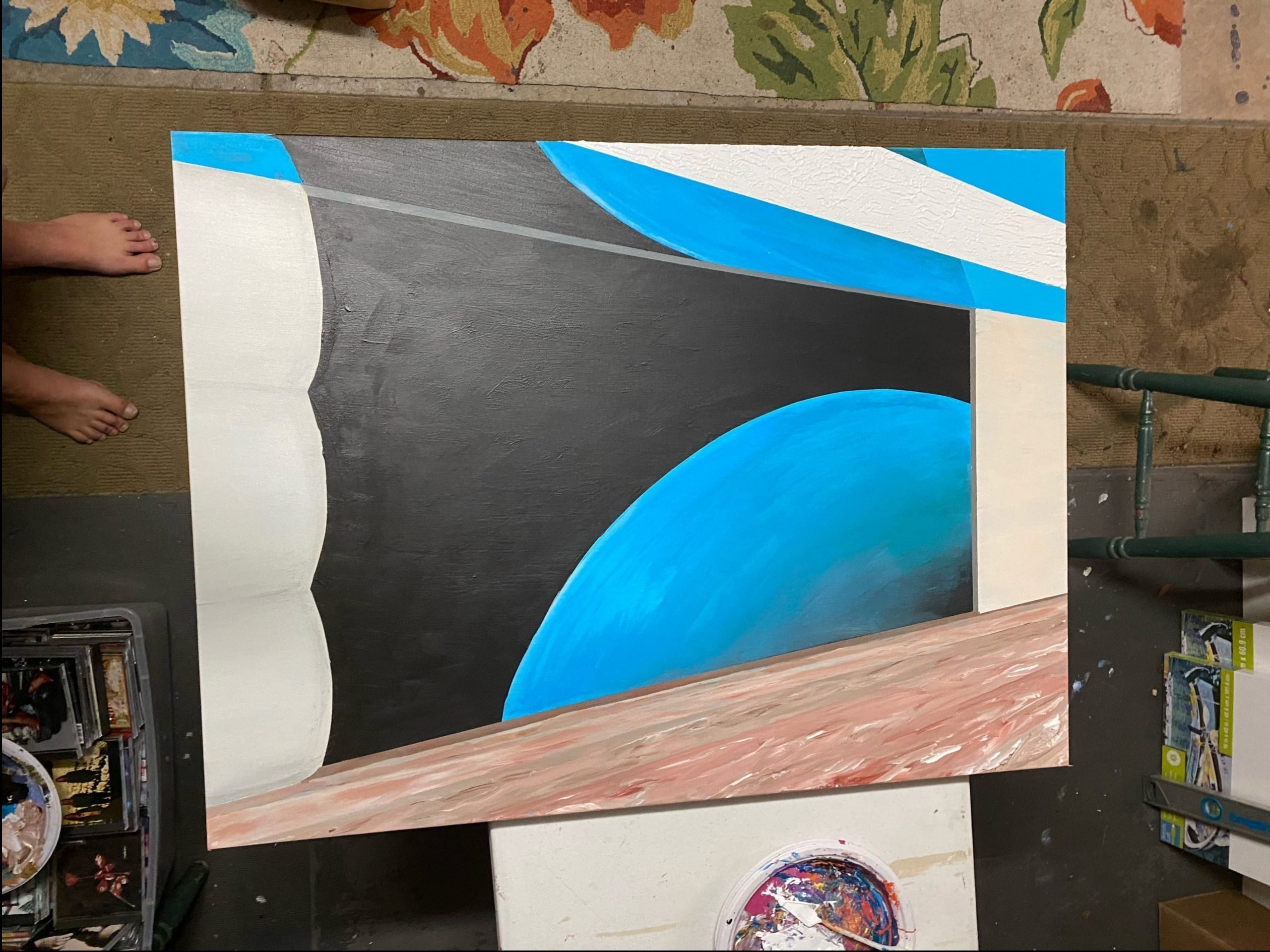 Finally, I opted to add in a couple focal points to ground the image for scale and give it a story-line.  The galaxy in the far off distance is very simplistic as is the figure in the foreground.

We built his new desk together and hung the remaining sound-tiles on the wall in areas where his vocal outbursts are most prevalent.  The room looks fantastic with the various textures and lines and this painting was a perfect compliment to bring it all together.

Thanks for reading and please let me know if you have a certain wall space in your home or workplace that you’d like to collaborate with me on to give it a one-of-a-kind look, as well! 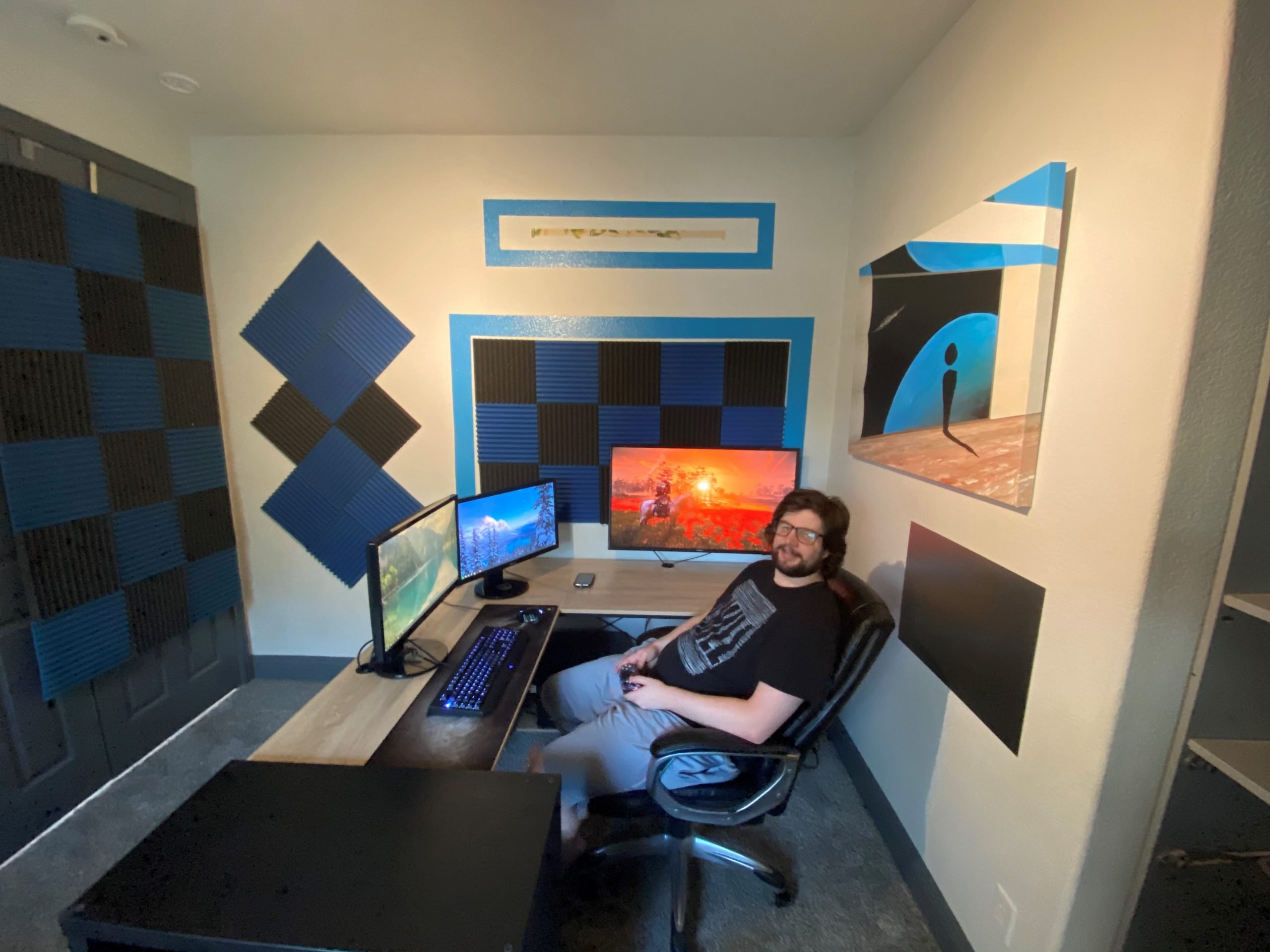 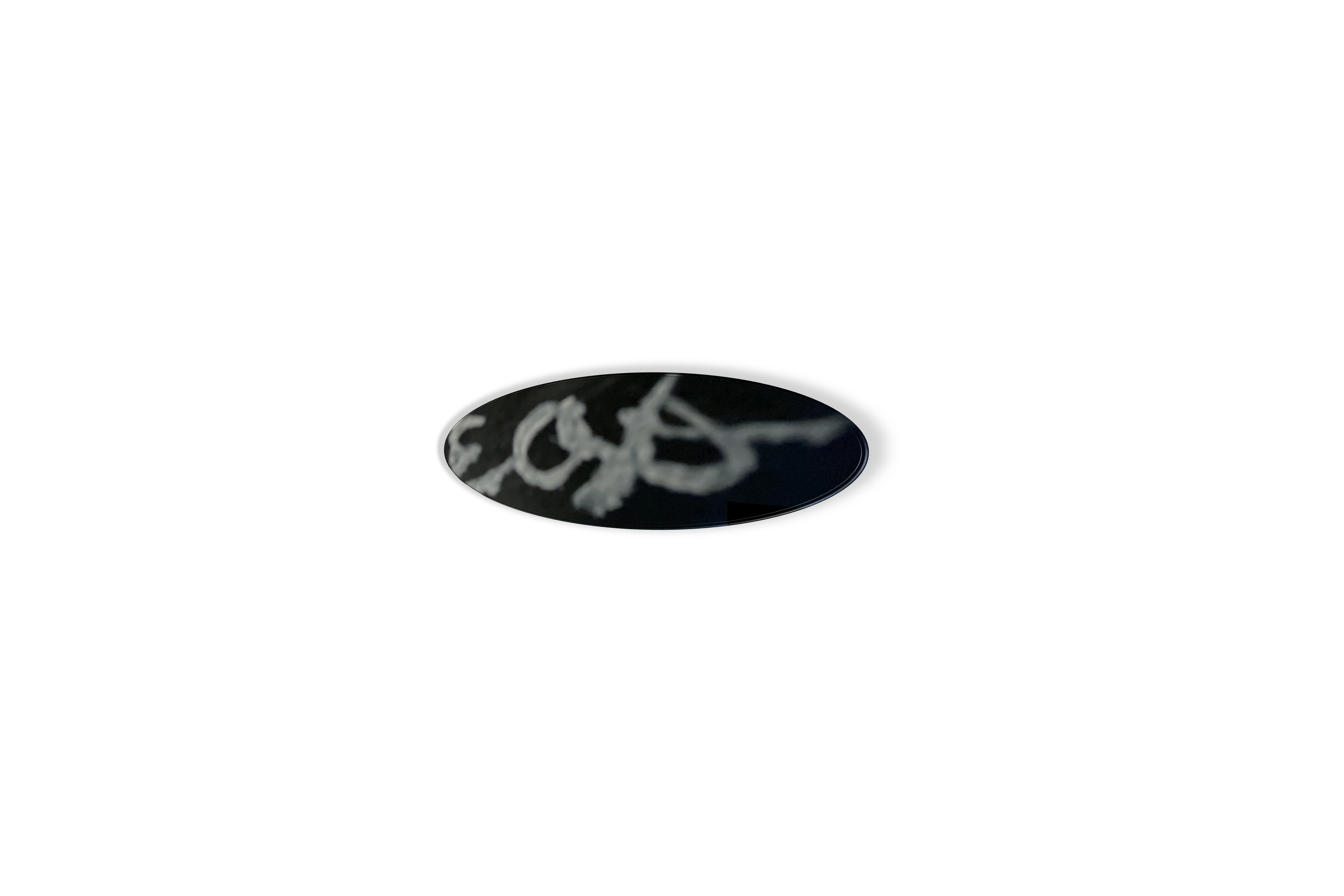